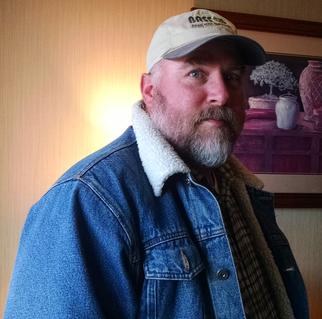 Randy has published works spanning over the last 3 decades ranging from poetry through short stories and technical manuals.  During college at Southwestern Oregon Community College, he was a Copy Editor of his college newspaper, Assistant Editor, Associate Editor and finally Editor of the Literary Magazine, The Beacon.

This site is intended to promote his current works along with others he finds interest in.

He has taken on the projects of R. Roderick Rowe (survivalist meets gay coming of age genre), with a completed trilogy, a couple books in a parallel series and new works in progress.

Randy started his  career as a Navy Nuclear Machinist's Mate, serving aboard the USS Norfolk (SSN-714) before moving to a plant operator position at the University of Oregon where he was later promoted to Utilities Operations Supervisor.  He holds the designation of Certified Plant Engineer.  He wrote the Power Plant Primer while training new operators in the plant over a period of 5 years.  The University of Oregon published the work in 2014.

Randy has since left the University of Oregon and is currently owner of the commercial fishing vessel F/V Ceres. He is fishing through the spring and summer seasons and writing and publishing during the winter months.