Paradigm Lost: Jamari and the Manhood Rites follows Jamari's trials as he works to attain manhood and full citizenship in his community.

Paradigm Lost: Eros Times is the first book which will follow Jamari and his friends through their Night Studies lessons. Eros Times is written such that the reader is encouraged to read this novel at the same time as reading the Manhood Rites, Part 1.

100 years into the future, a series of cataclysmic events have caused the fall of civilization. The Elk Creek Tribe has built a new community and cultural ethos which allows them to survive in these challenging times. Young Men must prove themselves capable of understanding and following cultural guidelines before they can become full citizens in their tribe. They must train and participate in the Tribal Militia. They must learn the rules of their society in order to be allowed a future role in guiding The Tribe forward into the future.

One additional aspect of these training sessions is the Night Studies. In the main novels "Paradigm Lost: Jamari and the Manhood Rites Trilogy", Jamari faces other trials and challenges, but, the Night Studies are a whole new revelation. Where the original novels gently shut the door in the reader's face when the Night Studies are taught, Eros Times invites the reader into the experience to learn along with Jamari, Shane, Carson, Dan, Zach and Sophia. You get to learn these lessons from Jamari's point of view along with The Founder and a couple other cameo appearances.

Will Jamari be able to follow tribal guidelines and meet the demands of his new life?

Follow Jamari as he learns the joys and challenges of human eros! 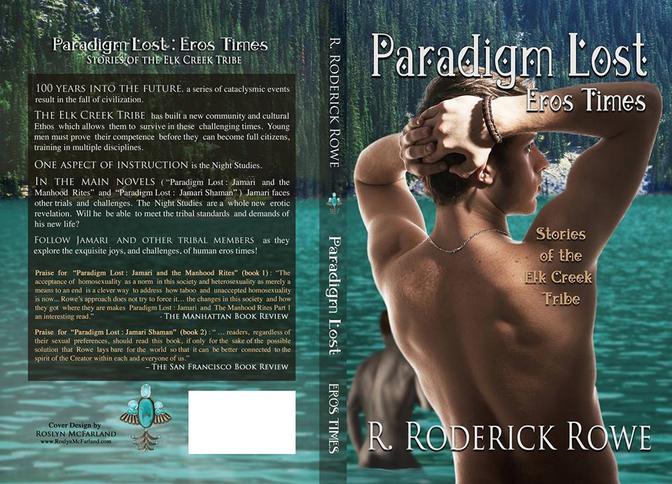