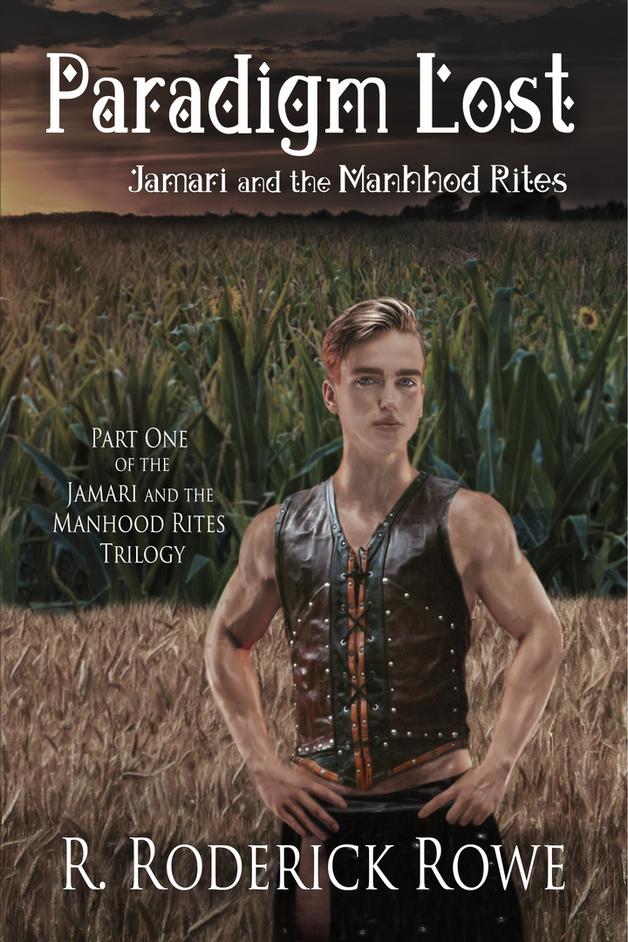 Four out of Five Stars from Serious Reading!   "Even though you are reading Jamari's story, you realize that the purpose of using his perspective on the world is to question our current society and its methods." - Serious Reading

Here's some text from the Four out of Five STARS Manhattan Book Review!:

"Author, R Roderick Rowe essentially takes current day society taboos and makes them the norm in the dystopian society in Paradigm Lost: Jamari and The Manhood Rites Part 1 as far as governing bodies, family make up and sexual preference. He does a great job of integrating events that have happened in our lifetime (i.e. September 11th, ISIS, use of natural gases, etc.) and adds them to the story as history for this society. As far as the role of government and how society is run, readers are allowed to see another, albeit fictional, possibility. The acceptance of homosexuality as a norm in this society and heterosexuality as merely a means to an end is a clever way to address how taboo and unaccepted homosexuality is now.

Rowe's approach does not try to force it as the right or wrong way, rather he puts it out there and readers can take it as it is. Some may find this uncomfortable when reading, however some may find that if they look at the story of Jamari's journey as a whole, they will see that the changes in this society and how they got where they are makes Paradigm Lost an interesting read." - Manhattan Book Review

Paradigm Lost: Jamari and the Manhood Rites, Part 1 is best thought of as a prequel. There is a bit of romance. There is a bit of excitement and adventure. This is the story of a culture: how that culture came to be; how people learn to participate and be a part of that culture; what that culture means to the people who live it; and most of all - what that culture has brought to The Elk Creek Tribe. All of this is learned by the reader as Jamari learns it himself as a part of the Manhood Rites. There are now follow-on novels.

Paradigm Lost: Eros Times explores the Night Studies portion of the Manhood Rites. When most cultures leave sexual knowledge to be discovered accidentally, and sometimes painfully, The Elk Creek Tribe teaches it as a standard part of becoming full members. Eros Times lets the reader be in the room as the attractive young men of Paradigm Lost are teaching and learning about this, most important, aspect of human interaction.

Paradigm Lost: The Founder's, Sons Part III of the Jamari and the Manhood Rites Trilogy Here's a quick comment from the Developmental Editor: "Holy Brother/Mother/Father/Sister of God! Randy, you are not a writer, you are a prophet. And you have delivered the message with courage and love. Blessed be. I am in total AWE!" There's also a really comprehensive and strongly favorable review by the US Review of Books.